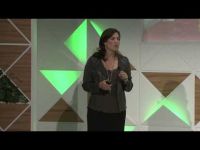 We appreciate especially the encouragement that we received to continue pushing the envelope on bringing to the open, years of challenges regarding recruitment and sustainment by both the military and our nation’s Historically Black Colleges and Universities.  OGTV is committed to use our news outlet regarding 21st century education, innovation, commercialization, and the “battles"  associated with these institutions to help address the challenges of reaching recruitment optimization. This article acts as a warning to Universities in order to help them fight off the negative impacts of declining enrollments by encouraging partnerships and collaborations with Industry.

Moving forward onto today’s OGTV feature story, we give much appreciation to the author, Vivek Wadhwa's Washington Post article, Universities Have a Choice-Partner with Industry or Watch Their Best Minds Disappear.
Vivek Wadhwa's article will further challenge leaders from Universities, to Board of Trustee members, to Provosts, and Deans of Universities to face the fast moving wheels of marketplace change.

This article will also challenge government agency leadership to evaluate how to better encourage engagement with industry.  Industry (small business ) must be successful to help create the workforce demand.  Topics from diversity, small business, education, innovation, research to commercialization all will need to be re-evaluated by government's acquisition offices.   How can government agencies (for example) more successfully encourage and ensure that technology solutions are manufactured and distributed by minority businesses?  While budget cuts could hinder these opportunities especially for small businesses, encouraging collaborations and partnerships with academic institutions can advance innovative solutions, and could help to bring back to life for government, new, innovative, and efficient ways to expand market opportunities to under represented businesses.

What we like about this article and the associated video is that an often received “No", to a contract pursuit, could really become an opportunity to be able to say  let’s figure out how we can say,"Yes" to a business idea or solution.  From this OGTV story we look forward to highlighting discussions that result in a "Yes We Can," or Watch the Best (Diverse) Minds Disappear.  We especially look forward to identifying those those Historically Black Colleges and Minority Serving Institutions who are prepared to aggressively partner to turn the corner.
Keith Moore, OGTV Founder.

Partner with industry, Or Watch Their Best Minds Disappear

Swallowing their pride and partnering with industry is a better option than irrelevance. (Photo by Frank Vinken)
The University of Virginia’s provost, Tom Katsouleas, once told me that less than one percent, by his estimates, of basic research is commercialized and that there may be as few as one near-term commercialization for every $10 million invested in fundamental research. This is an awful waste, especially when America is undergoing a reinvention in which entire industries are being wiped out and new ones are being created.

A broad range of technologies is now advancing at exponential rates and converging, impacting entire industries. When computing, telecommunications, and consumer electronics converge, for example, we get smartphones, smart TVs, and augmented-reality systems. Computing, medicine, and sensors join to produce wearable medical devices such as the Apple Watch — which will transform health care—and Apple Research Kit, which will revolutionalize clinical trials. Uber has already disrupted the transportation industry with its GPS-based cellphone apps; Netflix has made mail-order DVD rentals obsolete with its use of storage and networks; and WhatsApp has decimatedthe SMS revenues of telecom providers with its mobile-data technologies.

Corporate executives have no idea what to do to survive this tsunami of technology convergence; even the innovation models that they were trained on, such as Clayton Christensen’s The Innovator’s Dilemma, have become defunct. The competition no longer comes from within an industry; it comes from elsewhere, and not having domain experts in fields such as synthetic biology, nanotechnology and robotics, most companies have no idea how to respond to these new threats.

Universities, though, do have the experts. As a result of decades of government investment in basic research — in fields such as computing, medicine, sensors, artificial intelligence, digital manufacturing, robotics, nanomaterials, and synthetic biology — they have an abundance of talent and intellectual property. This is a goldmine for industry. Businesses that are under siege or are trying to expand into new markets usually look to buy start-ups or form partnerships with research universities. And some simply take what they need. What better place is there to acquire intellectual property and talent than the universities, after all?

Uber wanted to urgently build self-driving cars, so it lured awaymore than 40 researchers from Carnegie Mellon University in January this year. Being nice or ethical didn’t matter to Uber; it took what it wanted and then came back to the university with a relatively small consolation prize: $5.5Mfor a robotics faculty chair and three fellowships. Apple was also found guilty of incorporating unlicensed microchip technology from University of Wisconsin–Madison into its iPhones and iPads—and was orderedto pay more than $234 million in damages. We will see much more of this in the next few years. If universities don’t cooperate, businesses will take whatever they can get — because they are desperate. In order to keep its researchers, academia will need to put aside its historical aversion to working with industry.

Universities are better off forming industry partnerships to jointly develop technology, as Stanford and M.I.T. did in accepting $50 millionfrom Toyota for research in A.I. and autonomous-driving technology. Several months after being raided by Uber, Carnegie Mellon University also agreed to partner with Googleto turn its campus into a living laboratory for Internet-connected sensors and gadgets. Companies such as Toyota have been blindsided by technologies emerging from other industries; visionaries such as Google have realized that they can’t do everything on their own. So this is a win–win strategy.

A huge opportunity exists to teach businesses about emerging technologies and have them fund research-commercialization efforts — if universities seriously rethink their traditional ideals of academic freedom and the sanctity of the industry–academia division. Such partnerships can make up for the declining government funding of academic research. And it doesn’t have to be a Faustian bargain. Both partners can benefit if the partnerships are structured in a meaningful way, as the partnership between Google and Carnegie Mellon is. After all, Google didn’t hire away university researchers; it funded research and testing on campus.

Stanford University figured this out long ago. (Disclosure: I am a fellow at Stanford’s Rock Center for Corporate Governance.) Its faculty members are encouraged to work closely with industry, and these collaborations have led to innovation on a grand scalein Silicon Valley, with the formation of companies such as Google, Hewlett–Packard, and Cisco Systems. This, in turn, has led to an endowment of more than $20 billion through the donations that its billionaire alumni have given to it.