After 2 years of its launch and the company’s shares reaching over $1,000 for the first time in recent weeks, many companies are spearheading the use of Google Plus for business to expand their marketing footprint. As a business owner and manager, it is time to re-evaluate your SEO strategy and pay special attention to your Google Plus presence. This giant social media network has more than 500 million users, more than one million business pages, and can add a 10-15% increase in referral traffic, besides boosting your keywords rankings. 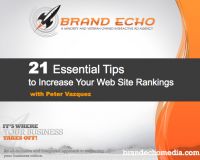 Businesses are growing more aware of the need to understand and implement at least the basics of search engine optimization. But if you read a variety of blogs and websites, you’ll quickly see that there’s a lot of uncertainty over what makes up “the basics.” Without access to high-level consulting and without a lot of experience knowing what SEO resources can be trusted, there’s also a lot of misinformation about SEO strategies and tactics.

So we put together a FREE DOWNLOAD of a "21 Step  - SEO" checklist to improve your search engine rankings or for new sites that aren't ranking yet. Click the Read More link to download. 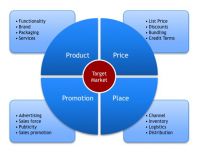 What is marketing? The definition that many marketers learn as they start out in the industry is:

Putting the right product in the right place, at the right price, at the right time.
It's simple! You just need to create a product that a particular group of people want, put it on sale some place that those same people visit regularly, and price it at a level which matches the value they feel they get out of it; and do all that at a time they want to buy. Then you've got it made!

There was a time when brands assumed the only way to engage with potential customers was to attempt to sell them a product or service. However, when the Internet arrived, it brought with it an entire new paradigm for sales. Individuals and companies that were observant quickly adapted to the new way of marketing, while those that had less vision found themselves quickly losing out to the competition.

Launching a business at any time can be a daunting task, not to mention during today's economic climate. Fortunately for local entrepreneurs, Detroit is home to many initiatives designed to foster business growth and opportunity. These organizations can help you connect with these initiatives and the business resources you need to help your business succeed.

Remember when you were young and the words people wrote on the washroom wall could affect your reputation all the way through high school? Of course, the janitor painted over those words from time to time, and when you left school most of you got a second chance to prove yourself as an adult in the workplace. However, there is a new threat to our reputations, one that is not easily erased or left behind.

This time it wasn’t by any of the players. Instead, 22 of the newly renowned Dolphin Cheerleaders took part in another infectious, but pleasing to the eye, lip dub of Carly Rae Jespen’s, “Call Me Maybe”. For all of you football fans, I'm sure this one you can stomach.

Today’s highly competitive market means that it’s more important than ever for minority business owners to take advantage of every opportunity that presents itself, and nowhere was this more obvious than at the latest Chrysler “Matchmaker” program. This is one of the largest and most successful programs currently available, with an incredibly strong emphasis on working with minority businesses to branch out throughout the automotive supplier chain.

During an election cycle, it is vital that politicians are able to get their message across to the most important people in the world – the voters. In the past, this has proven difficult, as many of the mainstream media outlets have been able to pick and choose exactly what information is released to the public on a daily basis.

With the rapid rise of social media, however, all of that changed. Politicians discovered they were no longer bound by the constraints of the media as to how and where their message could get through. They were able, through social networking sites such as Twitter, to directly speak to the voting public.